I found this new story “Microsoft Goes Social to Push E-Mail, IM” from Twitter. GeorgeDearing writes: “always get a little scared when I see a headline referring to a company “going social” — It’s implicit, STOP” http://snurl.com/2p0ja

The point of “being social” (as Maggie Fox explained at BlogPotomac) is that you begin and maintain conversations with your customers, and build a relationship. It is not about spending millions of dollars on a campaign and then ending it when the money runs out.

Hats off to the ad agency McCann-Erickson for leveraging their success from the Liberty Fillmore Campaign they did for VeriSign. It was groundbreaking for VeriSign launch a campaign like that, and it probably raised a lot of awareness for our EV SSL certificates. We know it got millions of views on YouTube. But the clear winner here is the ad agency that landed the Microsoft account.

If you’re going to spend this kind of cash on your Social Media efforts (Microsoft is dropping at least 5 million on promotions), at least be sure to measure it correctly so you know whether or not you’ve acheived the success you hoped for. Check out Katie Paine (the metrics goddess) or call Mike Manuel at Voce for expert asistance. Otherwise, the only people who profit from all this buzz and money spent are the agencies.

Here is an excerpt from the article:

The “I’m Talkathon” (imtalkathon.com) features Parker Whittle, a man in his 20s, born into a well-to-do family and now having doubts about whether he’s done enough to help others. So he’s holding a “talkathon” to see how many people he can get to send messages via Windows Live Hotmail and Messenger over 30 days to raise money. Microsoft agency McCann Erickson created the character based on feedback from those who have participated in the program.

An account director on the Microsoft account at McCann says “It’s very important we not come across as fake.”

With all this cash flying around at the shiny new objects, how will I ever convince our marketers to listen and join conversations rather than launch our next “Viral Marketing Campaign”? Everyone is looking for ROI, immediate results, and quick wins. Nobody sees any problem with launching a “viral campaign,” complete with a press release.

Hey Karen – great piece, and thanks for the props.

When traditional agencies capitalize on that kind of thinking, it’s just wrong.

I have to chuckle about the “viral” thing — it isn’t viral until the community decides to make it that way! Why don’t marketers get that? Anyway, good post. Thanks for bringing this up.

Hi Karen –
Nice take on a laughable way to frame an approach to social media.

Amazing how much mula some people make espousing crap.

What’s wrong about spending $5 million to raise $1.5 million for charity? Makes sense to me!

Parker has in fact gone viral – as in social diseases – check it: 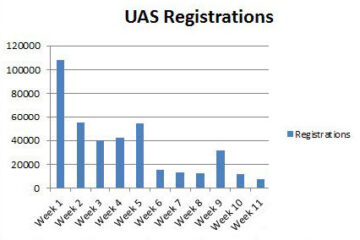 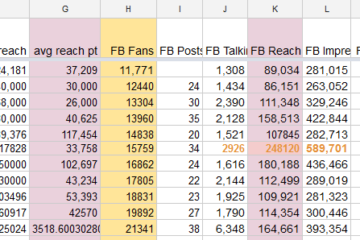